Announcing the Topology series of artworks

Under development for over two years, the Topology series imagines what it might look like if you could see connections between constituent parts of our natural world. For example, what if the connections between all flying animals were visible as lines, both species ties and lineage back to the dinosaurs? There are some analogs, such as the visualizations of how everyone and every server is connected on the internet, but also phenomena like the discovery that trees talk to each other underground. While there are dozens of these artworks in the studio, twelve of the best are publicly viewable in the Art of Geography art portfolio. 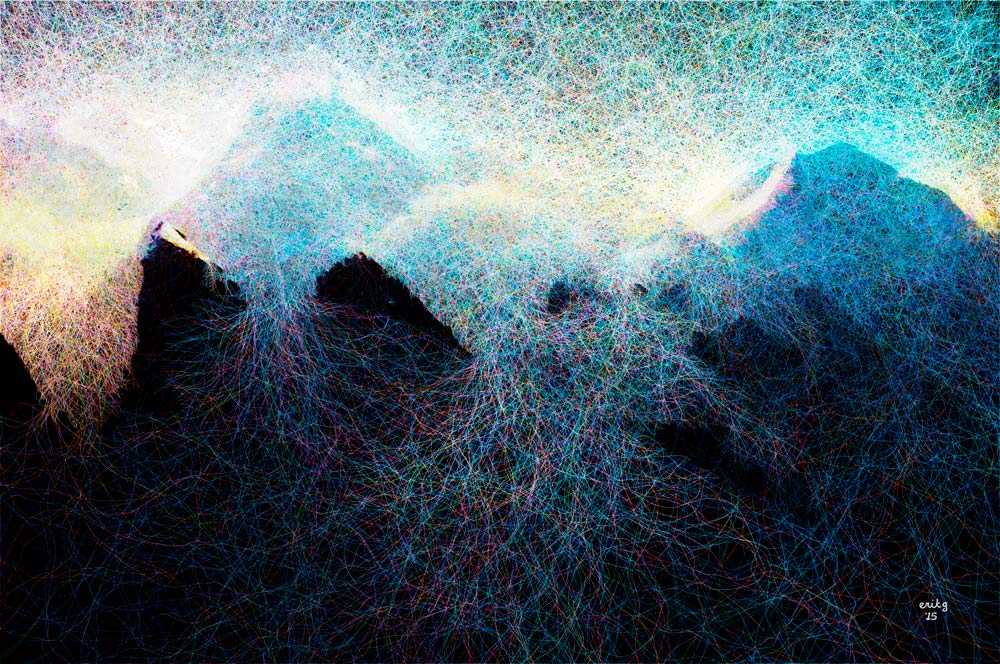 Untitled nr 431, from the Topology series.
View more from this series in the portfolio.

The Art of Geography drops some NFTs

The Art of Geography drops some NFTs

You can now collect non-fungible tokenized versions of our art

The cobbler's children rarely get new shoes. Or a website.

What is a graticule?

What is a graticule?

Many maps would not be half as useful without one. And neither would this site. Graticule is the new name of the Art of Geography blog.

Viewing Art of Geography 360 panoramas works in almost all browsers with no plugin required.

In 2011 the Art of Geography created a Portland bakery map just for fun.